A Conceptual Model for Explaining the Discourse between Governance, People, and Media Based on Passive Defense Approach

In the modern governance, to media, as a central point in the issues such as good governance, paramount importance is attached by experts of governmental management and media management. On the other hand, researchers in the fields of political sciences and international studies have pointed, while discussing issues such as diplomacy of media, propaganda, and soft war, to the role played by media in formation of the soft power of nations and schools.
A study of the literature in this field, however, reveals absence of a comprehensive and operational explanation of the role played by media in intelligent management of domestic affairs of countries on the one hand and their international relations on the other. In the era of globalization and for a country like Iran, which has faced for long years soft and hard attacks made by domestic and foreign enemies, this is of much more importance. The present study begins with a systematic review of the literature in the field of media, culture, governance, and soft power. Then and after discussing requirements and functions of media in an atmosphere of soft war, results are presented in the form of an operational model for policy-making in the field of media. In conclusion, executive and applied findings and requirements have been summed up. In the era of globalization, to attain transcendence, it seems that media with morality-centered and national-based concerns should have four functions: attraction, repulsion, invasion, and policy in relation to domestic and international interests of those involved. As defined in the present article, the transcendent media are media which, relying on fundamental cultures and values of the society, accompany people and governance both in domestic affairs and foreign policy so that the country's affair may be managed and developed. Results of the present study may be employed, as a framework, for comprehensive studies and policy-makings in the field of soft defense, and, consequently, pave the way to establish and develop intelligent power of the intended culture or ideology. 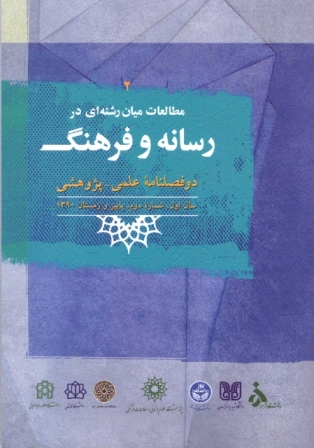